Max Friz, BMW’s chief designer, began designing a full-scale motorcycle in December 1922. At the heart of the machine is a two-cylinder, four-stroke, air-cooled boxer engine. In September 1923, BMW presented its first motorcycle, the R32. This was the beginning of BMW motorcycle production and marked the beginning of an unprecedented success story. 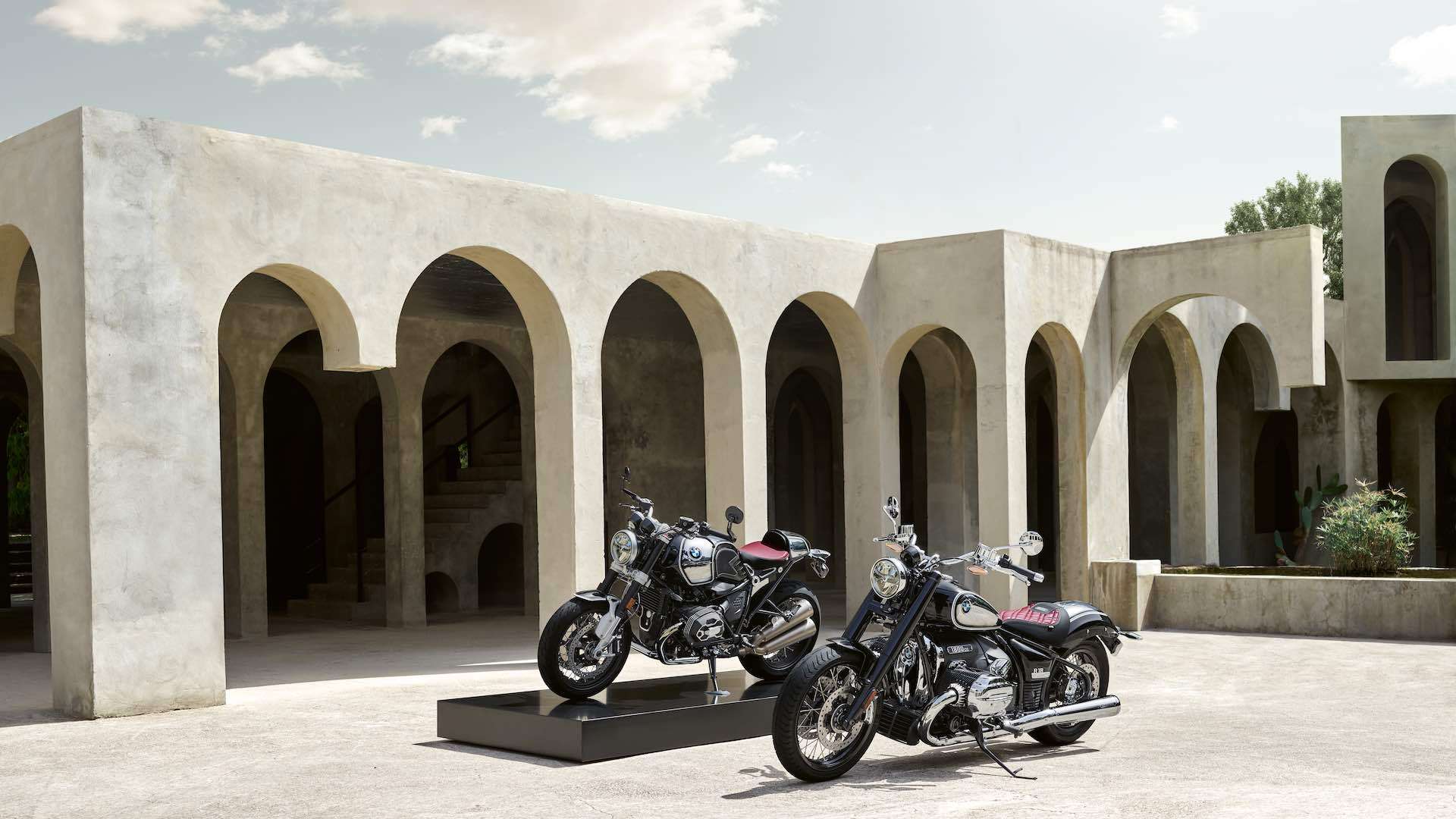 To commemorate its 100-year history, BMW Motorrad now offers the two protagonists of the Heritage experience world – the R nineT Roadster and the R 18 Cruiser with big boxer – as special edition models. BMW Motorrad has limited both models to 1923 units, in honor of the year in which the company was founded.

Motorcycle construction also has an almost 100-year tradition of paint finishes and chrome surfaces. In addition to their hardness and high durability, chrome surfaces are characterized by their high corrosion resistance and a radiant, mirror-like shine. As a result, chrome has become a common stylistic device for designers since the late 1920s. BMW Motorrad’s R 75/5 with chrome-plated tank sides and side covers, for example, is legendary. BMW Motorrad celebrates the 100th anniversary of its R nineT and R 18 models by reviving the Classic Chrome surface concept.

Featuring black and chrome double-lining, knee pads, and a 100 Years badge, the tank is complemented by a 100 Years badge and knee pads. The seat hump is also adorned with classic chrome. Additionally, the front wheel cover is painted black and features a double lining of white. This high quality look is completed by the seat bench in two-tone combination black/oxblood.

The edition model has an adaptive turning light, heated grips, cruise control, and Driving Modes Pro as part of the Comfort Package. As part of the optional equipment ex works or as part of the Original BMW Motorrad Accessories range, an anti-theft alarm system is also available for retrofit.

One of the most captivating features of the R 18 100 Years is its 67 kW (91 hp) boxer engine with the largest displacement ever installed by BMW Motorrad. The BMW R 18 draws from famous BMW models such as the BMW R 5 and returns the focus to the essentials of motorcycling: Pure, no-frills technology and the boxer engine as the heart of the ride. R 18 anniversary edition also offers numerous special features along with a high-quality surface concept.

In keeping with the anniversary model of the R nineT, the color scheme of the R 18 100 Years, is in Classic Chrome and features black paintwork, high-gloss chrome surfaces, and white double lining. A paint-on-chrome concept is also found on the rear wheel cover, combined with a white double lining. White double lining is applied to the front mudguards as well as the front wheel cover. With a bicolor combination of black and oxblood and high-quality diamond embossing, the Option 719 seat fits harmoniously.

The engine, transmission housing, and rear axle drive are also black as a symbol of BMW Motorrad tradition. BMW Motorrad has named the new bike Avus Black, a reference to the legendary high-speed racetrack in Berlin, where BMW Motorrad once celebrated great racing victories, and where the Avus monument with factory rider Ernst Henne still stands today. BMW Motorrad’s production plant is also in Berlin. It is also the BMW Motorrad factory that produces international motorcycles from Berlin-Spandau.

A number of other features of the BMW R 18 100 Years include chromed Akrapovic rear silencers with perforated tailpipe trims in the “propeller style” of the BMW brand logo. The Headlight Pro features an adaptive turning light, a reversing aid, an electronic cruise control and heated grips to ensure safety and comfort while driving. The new BMW R 18 100 Years is also available with an anti-theft alarm system, a pillion package, running boards, Hill Start Control, a lockable fuel filler cap, and a power reduction.

Almost 100 years of BMW Motorrad history and tradition are represented by the R nineT and R 18 models in the Heritage experience world. As the place where almost every BMW motorcycle was created, BMW Motorrad’s Berlin factory is also steeped in tradition. BMW’s roots are evident in the boxer engine and the iconic design, as are historically inspired shapes and details, as well as an authentic riding experience. Embrace a unique attitude to life shaped by the legendary boxer engine with Heritage.

A new breed of e-bikes